I made a spontaneous purchase of a new compact camera recently and was attracted to it’s 25x optical zoom. As I’ve mentioned previously, don’t be confused by digital zoom, which is nothing to do with the lens and is just ‘cropping’ the photo (and in my opinion shouldn’t be allowed to attach itself to the word zoom!). The camera is a Canon Power Shot SX620HS at £169 from ARGOS, for those who want the details. It was a rare choice for a Nik0n man! Not wishing to lug around all my heavy DSLR gear on this occasion, it’s just for handy personal snaps whilst travelling. The camera’s first outing was on a Irish city break to Belfast & Dublin. I based myself in the beautiful city of Belfast; a rapidly up-and-coming destination for big business as well as tourism. I enjoyed a similar trip last December, so repeated it this year. 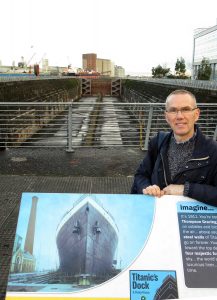 It’s impossible to go to Belfast without experiencing at least something of the legend of the Titanic. A whole district of the city and a fascinating area to explore, is now rebuilding itself around the ship’s birthplace, with an excellent new museum and there’s the site of former Harland & Wolff shipyard. On this visit I found the actual dry dock that Titanic was built in and seeing a photo taken from the exact same viewpoint, was striking . 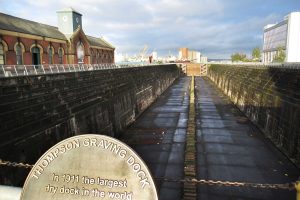 A closer study of the graving dock; once the largest in the world.

I shall move on from Titanic, having already covered more about it in a previous blog. As this was my first day testing out my new camera, I was keen to check out the effectiveness of it’s zoom; one of it’s key features (and why the price jumps dramatically by around £100 from lesser x8 or 12 zooms). 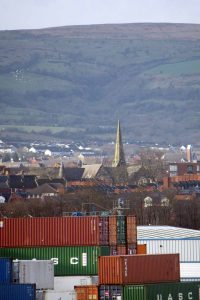 Zooming towards the city. 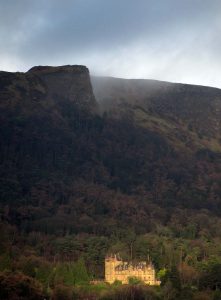 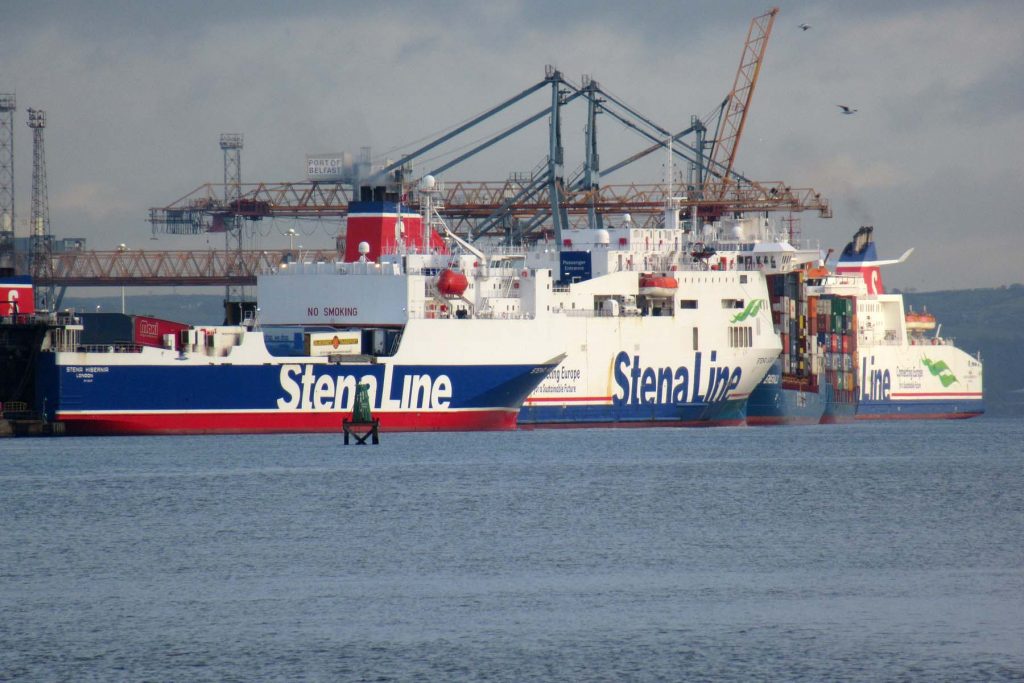 Zooming at maximum from upstairs in the Titanic Experience museum, I liked the compacted contrasts between industrial, residential and rural in this first shot.

In my second shot, taken from the ferry terminal, my eye was drawn to the spotlight of sunshine illuminating Belfast Castle and it’s rocky backdrop. This was 2.5 miles away, so a good test for my camera on max zoom. Hard to image the shot was taken from the middle of a busy city harbour. The castle and surrounding park is certainly somewhere I’d like to visit on my next trip.

My third photo, taken from near the museum again, was right across to the Stena Line terminal (rather inconveniently cited several miles from the city centre by the way) and what I think, is actually a row of five large ships, much compacted by the effect of the zoom. Hard to visualise that these ships are about two miles away from where I took the photo. 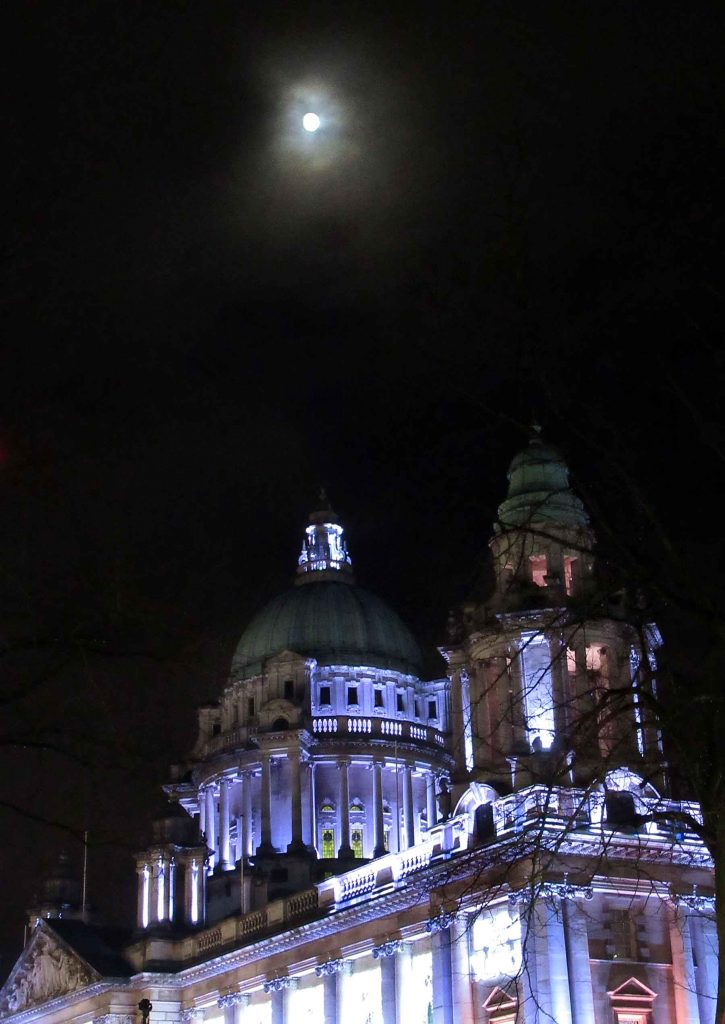 Iconic Belfast City Hall is a wonderful site in the city centre and looks particularly striking when floodlit at night. I waited for the moon to appear through the clouds to make this shot look nicer.

Very striking indeed I thought, was looking up at the glass dome inside the relatively new Victoria Shopping Centre. Doesn’t it look fab, especially with the addition of Christmas lights?

It is well worth the effort to visit the viewing platform, either by glass lift or spiral staircase (if fancy the exercise!), where the reflections are a good snapping opportunity; a great location too as a backdrop for a portrait photo too (long exposure and/or fill in flash). 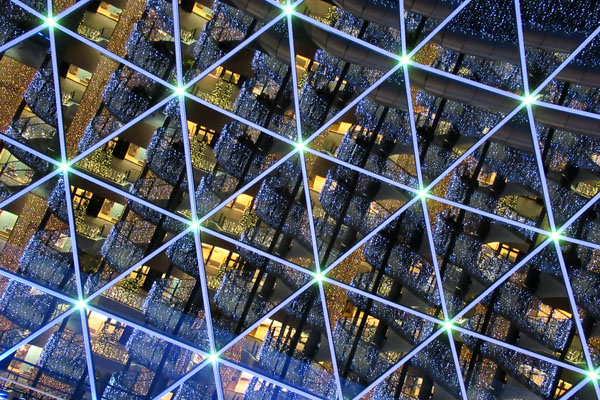 Taking the very swish express train from Belfast south across the border (didn’t even see a sign) to Dublin, makes for a great day out. Surprisingly there are only half a dozen or so busy trains, but book ahead online and it’s only around £23 for a day return and the journey takes only a little over two hours. 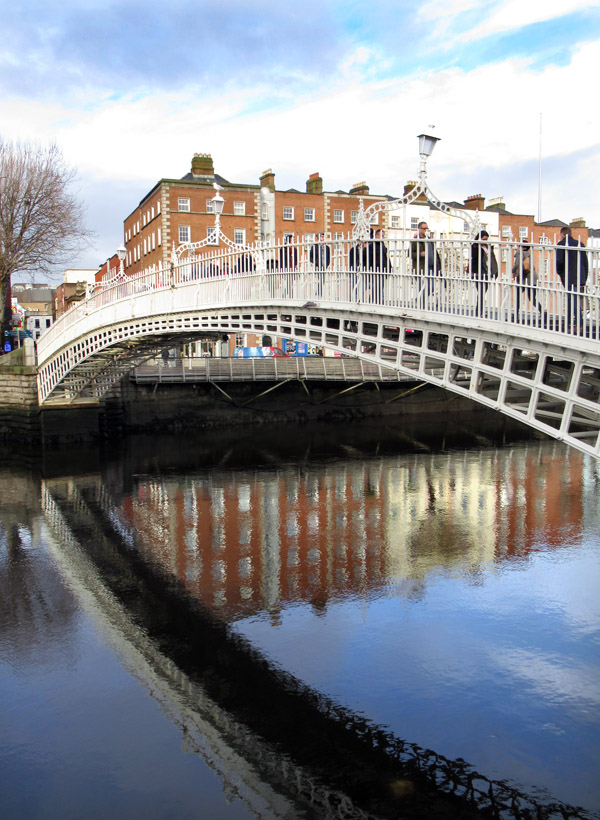 Probably the best known landmark in Dublin is the 1816 Ha’Penny Bridge, which elegantly spans the Liffey in the city centre, one of a number of attractive bridges of old and new.

It’s a very photogenic spot to get your camera out. You’ll be unlikely to get a shot with the bridge devoid of pedestrians, but I liked the sense of hustle and bustle it created and especially the framed reflection of the fine buildings on the north bank. Thank you to the weather for allowing brightness and a welcome  splash of blue sky too! 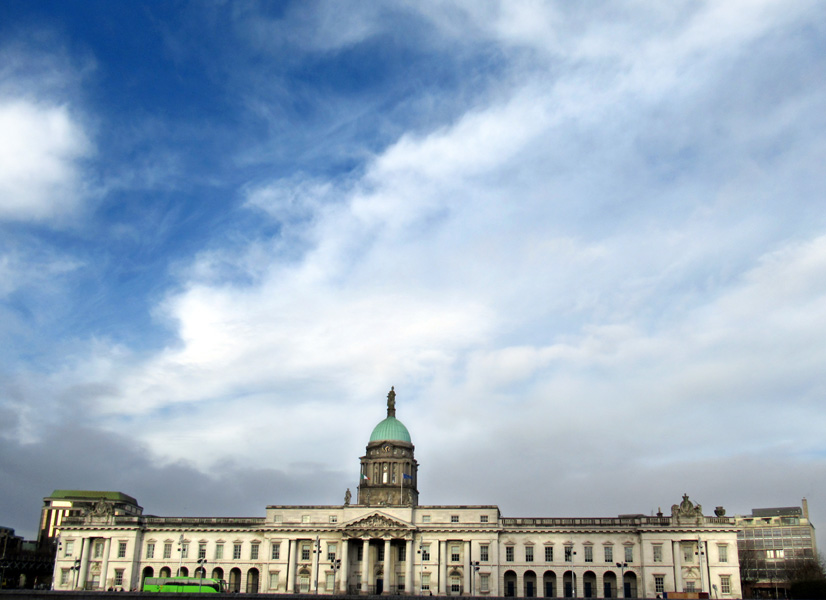 Probably the most dramatic building in the city is the huge 18th Century Custom House, now housing government offices. With a busy road in front including an unwelcome row of bus stops, it’s near impossible to remove all traffic and the green coach parked outside does nothing for an otherwise attractive photo. But that’s life! The sky really sets off the image though and is given prominence.

The same building takes on a whole new look at night during the Christmas period, thanks to the dazzling, albeit rather garish video projection! 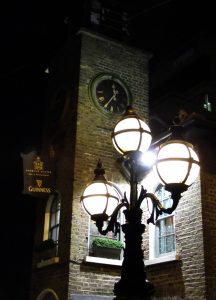 It would be remiss of me not to mention Dublin being the home of Guinness. As you might imagine, there are signs everywhere promoting it. 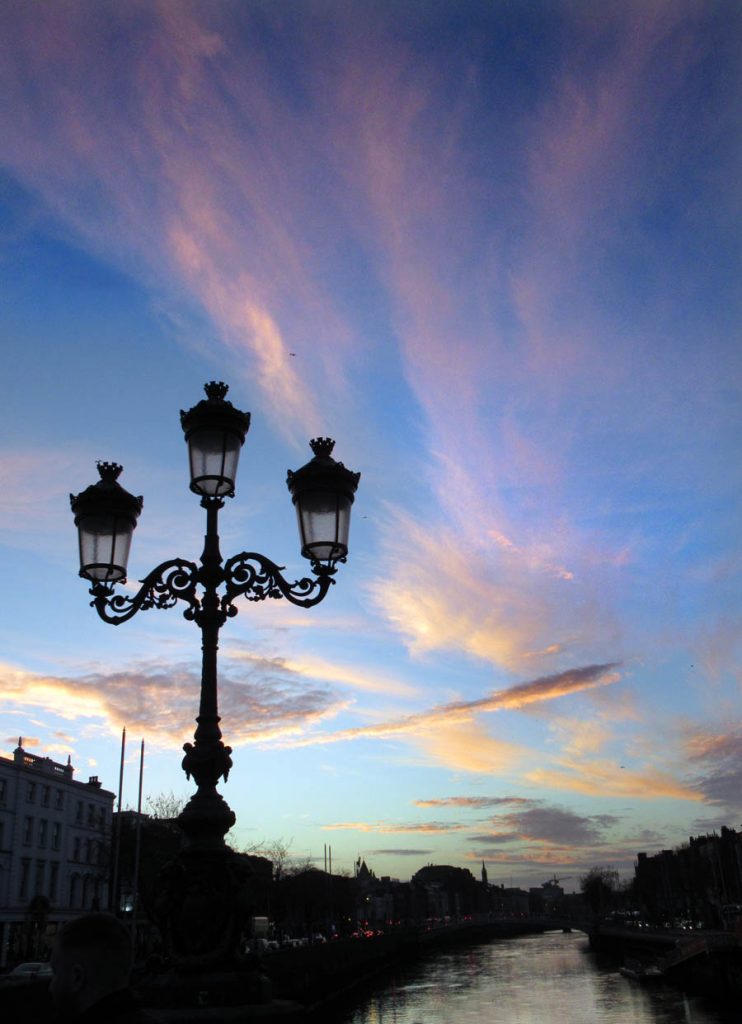 Let’s end with a nice shot of dusk over the River Liffey, snapped from the bottom of the famous O’Connell Street Bridge at the end of the famous shopping street, which takes you into the equally famous Temple Bar district ; The latter is the place to experience the real atmosphere of Irish music!

I hope you have enjoyed my visit to Ireland. Do go if you haven’t been yet and experience these two iconic cities, as well as the fabulous scenery all round.

More Photographer’s Ramblings coming soon and in the meantime, for me a January wedding just round the corner!