I am no stranger to photographing members of the Royal family. Over 25 years as a local press photographer, I have had the privilege of photographing quite a few Royal visits. Since going freelance however, May’s was a rare commission by local charity ‘Lancaster Charity‘ to cover the visit of the Queen’s cousin, HRH Princess Alexandra’s to the city’s almshouses. It was rather special for me. 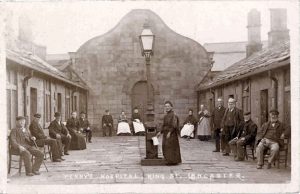 Before the visit, my client was looking for a gift to present to the Princess to commemorate her visit and I suggested this shot I took several years ago, when the lovely garden was at it’s best. 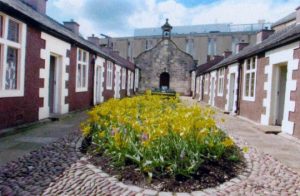 The almshouses in more recent times.

The photo was to be framed along with a rather older and very interesting one provided courtesy of Lancaster City Museum.

In an ideal world (and because I think photos should tell stories, I would have recreated the scene with some of today’s residents. Unfortunately that proved easier said than done, time was short and the garden had only just had it’s summer bedding plants put in and the flowers weren’t at their best. Thanks to my friend Tom at Bay Framing who mounted and framed the photos ready for the visit. 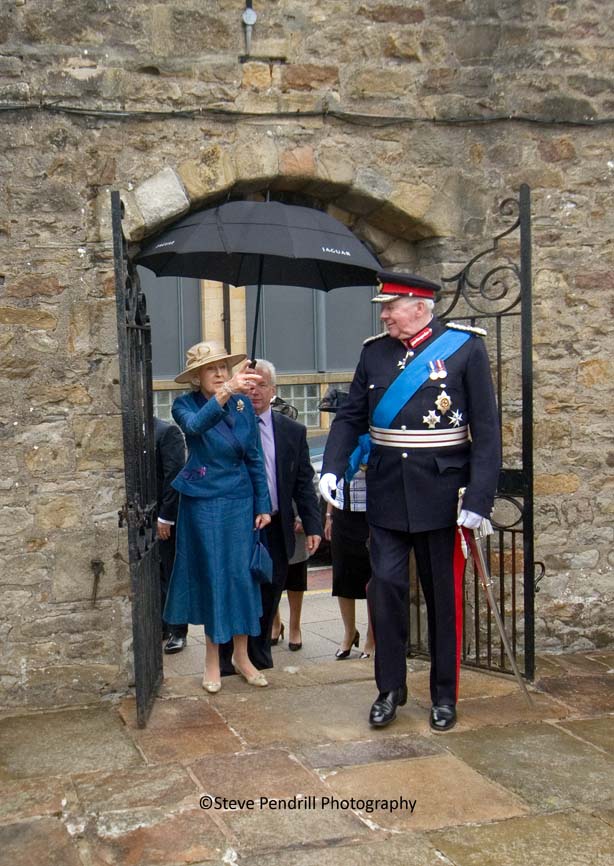 The Royal visitor makes her entrance.

Escorted by the Lord Leitenant of Lancashire, Lord Shuttleworth and under a brolly to protect from very unkind weather, the Princess makes her first visit to the almshouses. Founded by William Penny, the occasion marked the charity’s 300th anniversary, with the historic site still housing a handful of residents, exactly as it did in the 17th Century. 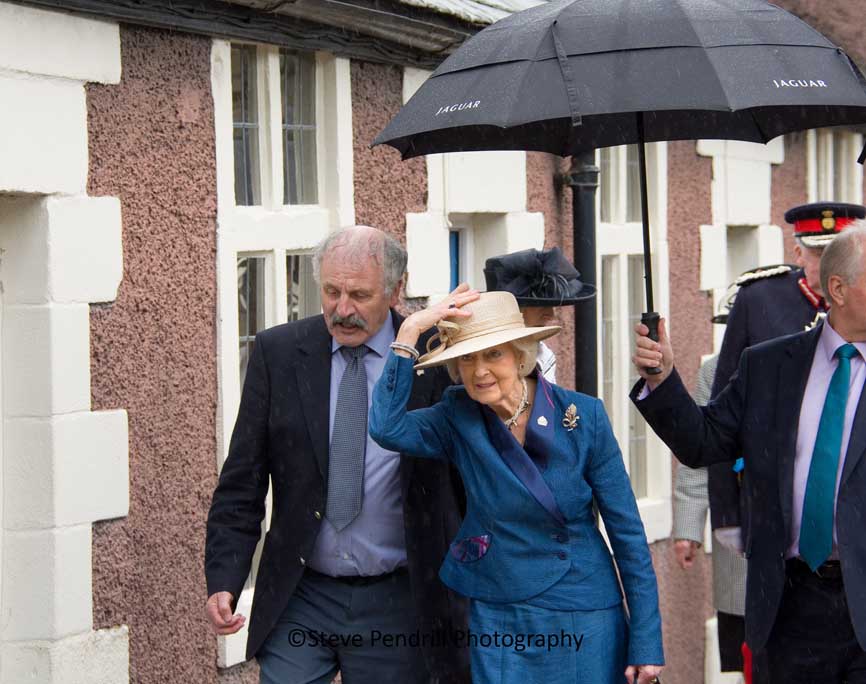 Hold on to your hat m’am!

The Princess scurries along on her brief tour of the site and visits several residents, including having a peep inside some of the little houses. 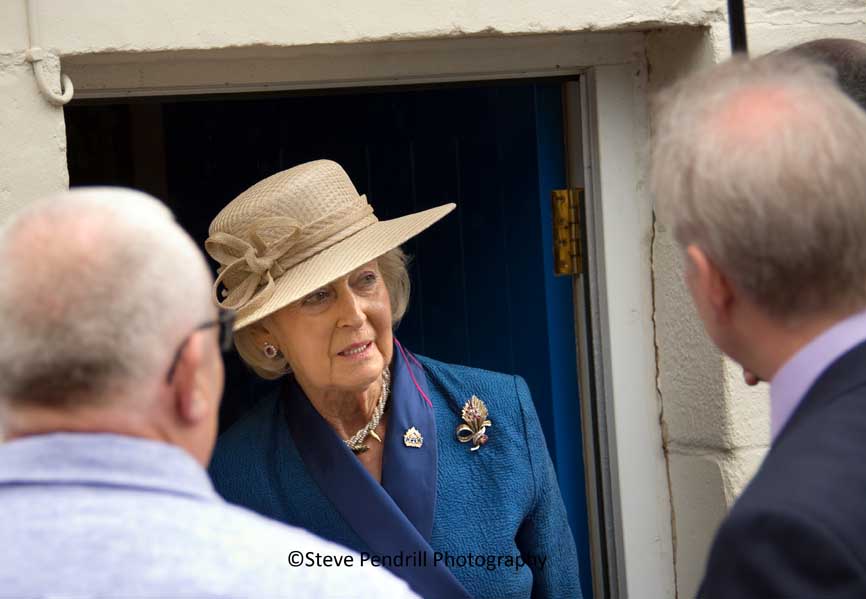 Emerging from one of the houses.

Remembering her years as Vice Chancellor of Lancaster University, the Princess wore a university pin badge, visible on her lapel in this close-up.

Princess Alexandra aged 82, is known as one of the most dedicated and hardest working Royals and has a history of not infrequent visits to Lancaster, particularly in connection with the University. 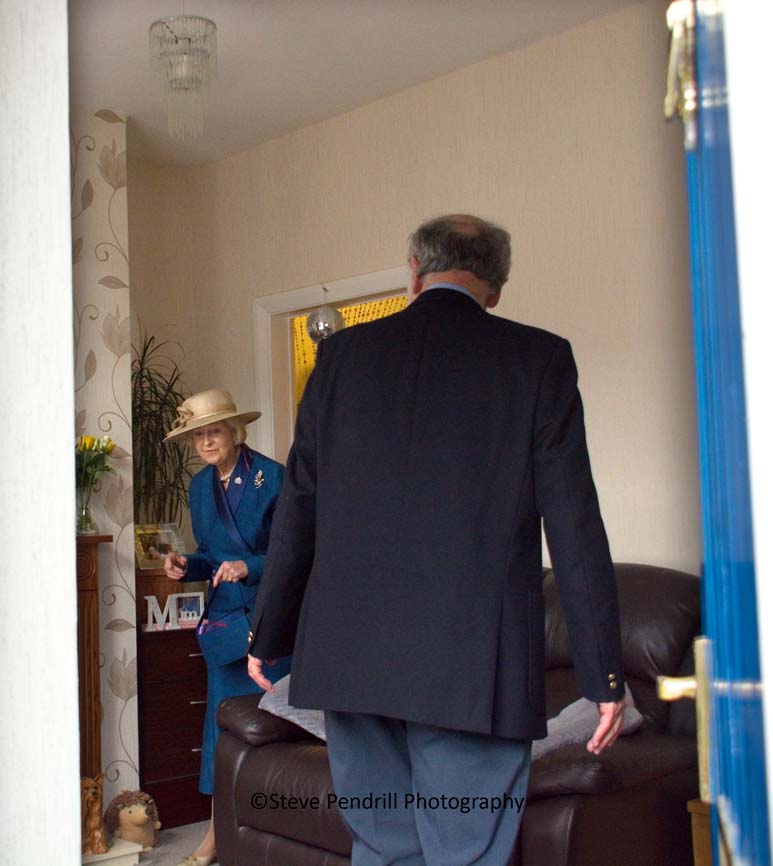 On tour inside one of the 17th Century homes.

Alas, there wasn’t room for a photographer inside the houses; they really are tiny. So, I had to make do with catching a glance of the Princess being shown round, through the open doorway. Apart from that, much of my time whilst outdoors, was spent walking backwards whilst taking photos! This is a skill I learned whilst working on newspapers covering events (along with balancing on walls and wobbly ladders, which I still do at weddings!). There’s no room for mistakes when covering an important event. A good photographers need eyes in the back of their head and to remain ready, as well as to predict (in the case of a Royal visit), where your subject is likely to go next.

It is very rare to be invited to pose a member of the Royal family, but I was accorded that honour on this occasion and coaxed Princess Alexandra to pose in the chapel doorway, despite the rain. Oh well, if you don’t ask you don’t get! 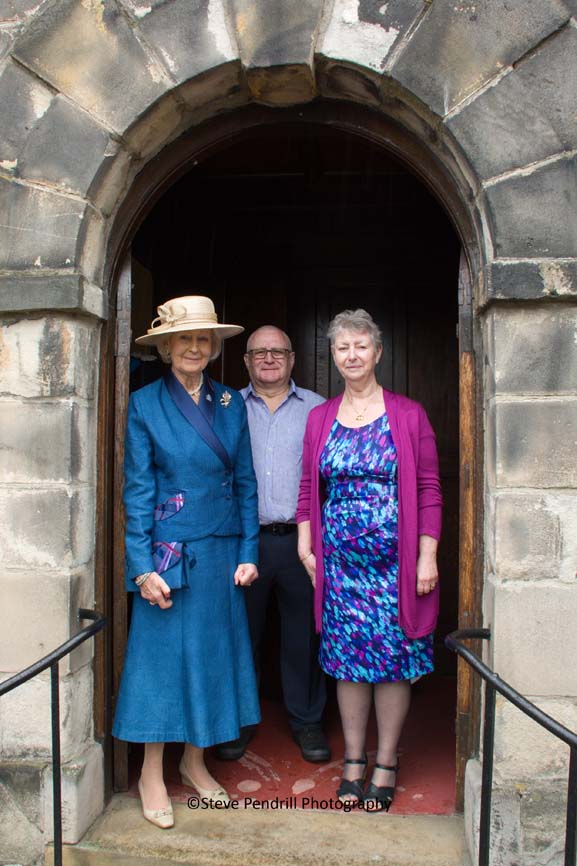 Posing for yours truly!

Inevitably, most of the meeting and greeting took place indoors and the location was a challenge photographically. The chapel, charming as it is, was small, full of people and poorly lit. 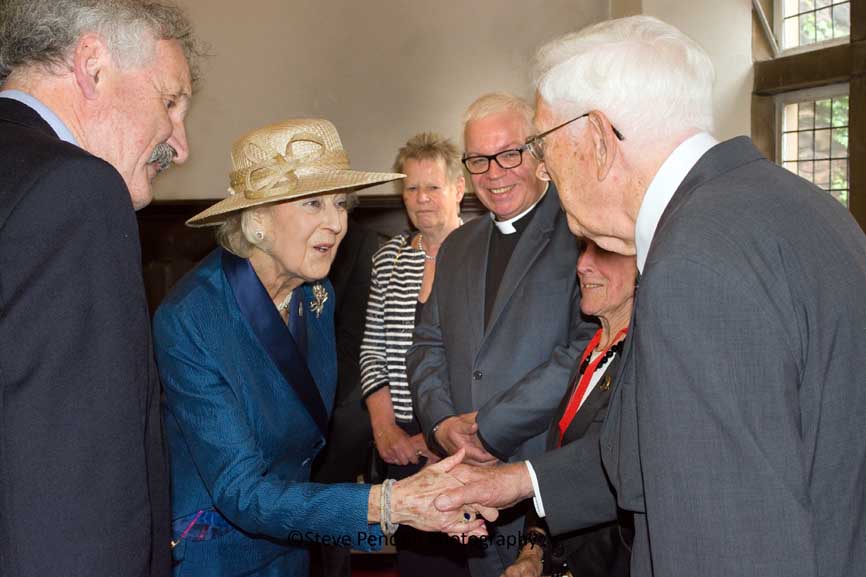 The traditional line-up of dignitaries.

I don’t much like using flash, especially when straight on, but with poor light and a lot of movement, I didn’t want to risk available light and a slower shutter speed. Clear sharp photos are the priority here. 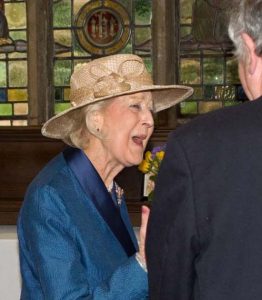 An animated expression  is a bonus. 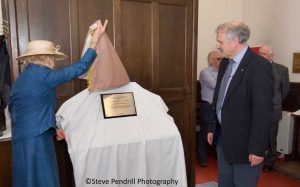 Most such Royal visits have an inevitable plaque unveiling. This one was fairly low key and rather brief, meaning I had to be ready. Setting it up again would have been embarrassing for any photographer, even if there was the opportunity. 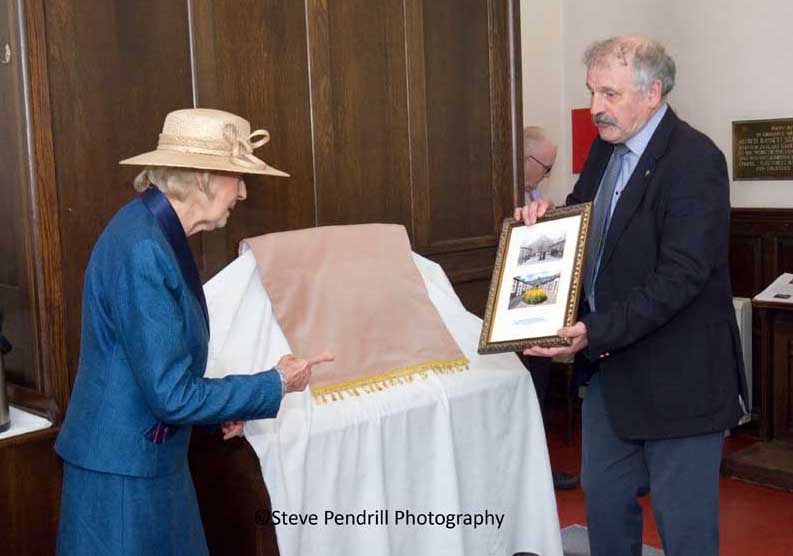 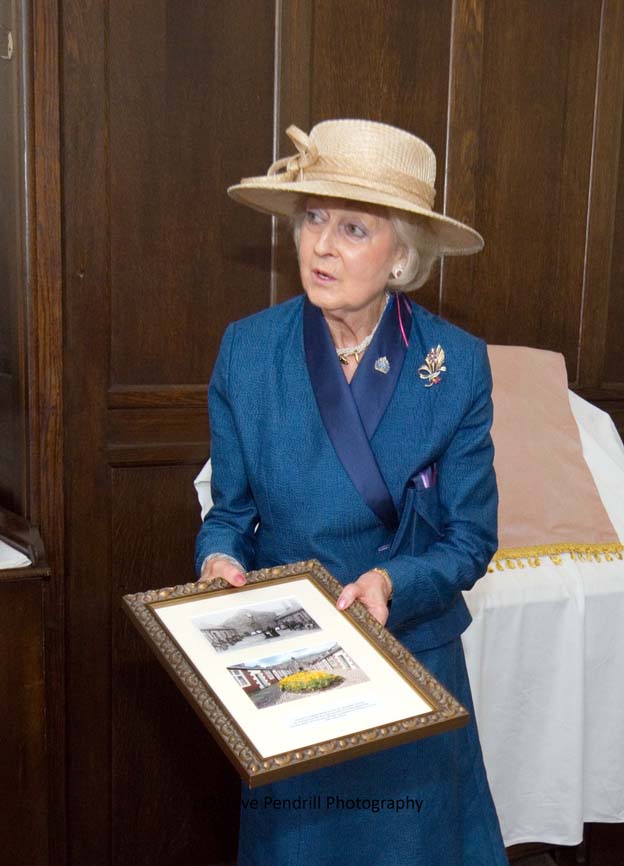 The Princess receives the framed photos.

When the moment came for the Princess to receive the framed photos, I was caught rather off guard by being unexpectedly being introduced to her. This is what made this event rather special and personal. In fact, it is the only occasion where I spoke directly to a member of the Royal family. Unlike at most other events, the normal Royal etiquette would be for a photographer to be as discreet as possible, effectively ‘invisible’ and ignored by the subject. Anything else would be determined by the official coordinating the visit and of course the Royal bodyguards. 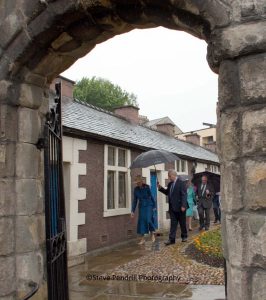 Time to go and I wanted to capture a shot of the Royal party framed in the lovely old arched entrance to the almshouses. Then it was a case of briefly halting all the traffic on the one-way system, the Royal wave and job done!