One of Lancaster’s largest and most historic buildings, St Leonards House is currently in the hands of the developers, Robertsons, who are converting the former Gillow furniture factory into student flats and I was commissioned last month to record the work. 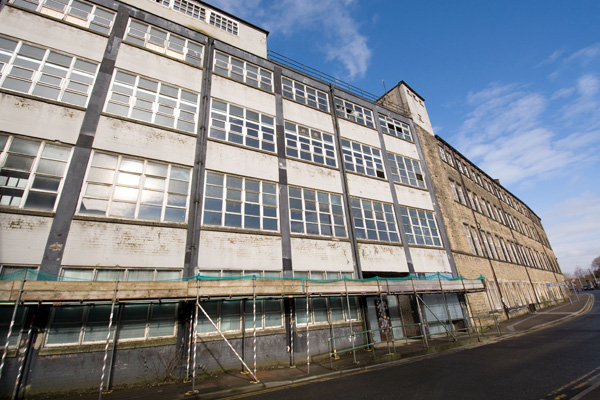 The Grade II listed building was built of sandstone in the early 1880s and dramatically extended in the early 20th Century using concrete. It was an example of very early concrete construction. The more modern half of the building certainly hasn’t got the traditional aesthetic appeal of the original section in my view. 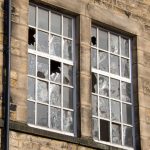 Gillows moved out in the 1960s and the former factory was taken over by Lancaster University, whilst the current  campus was being built.

In more recent times the building was used as an adult college and offices, 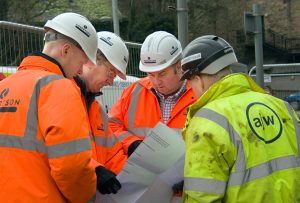 including NHS mental health services and generally had became quite run down. Work is now under way to sympathetically restore the building and give it a new role, which I welcome. 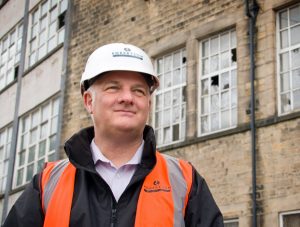 After my usual PR type shots of builders and developers studying plans and posing for profile shots, my site tour began. 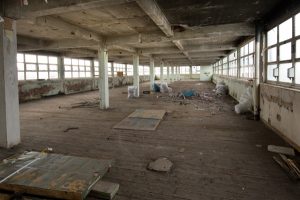 Inside the ‘newer’ concrete extension.

Some floors had been almost completely stripped, giving a glimpse of how the interior would have looked originally. 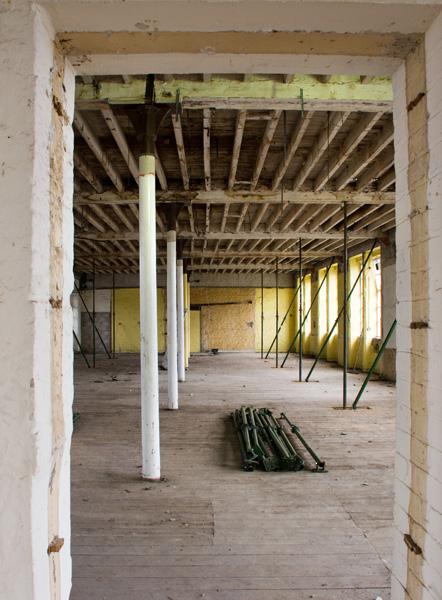 Looking through to the original section of the building.

I liked the modern soap dispensers still attached on the right, where toilets would have been!

Looking the other way, the original 19th Century iron support columns are visible, along with a ceiling that clearly needs a lot of work to it. 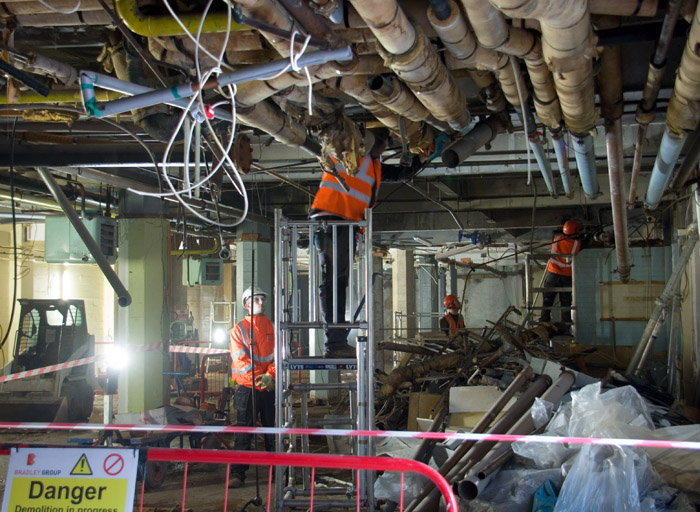 Stripping out old wiring and pipes.

There was a hive of activity on other floors, where all the old wiring and heating pipes had to be stripped out. 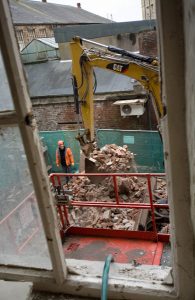 Looking out on clearance work. 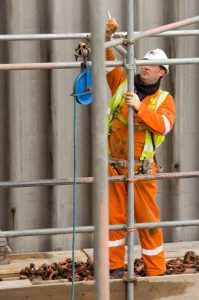 Scaffolding going up at the back. 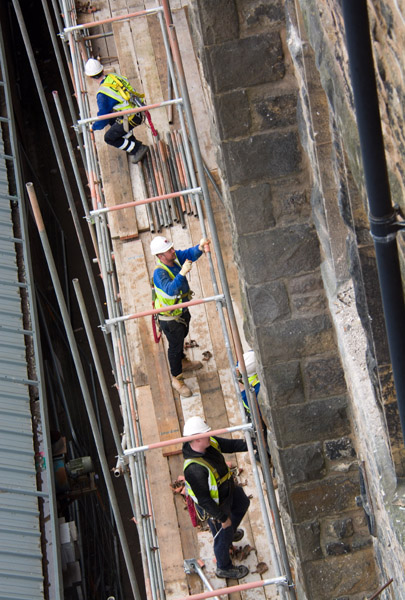 Looking down on the scaffolders at work. 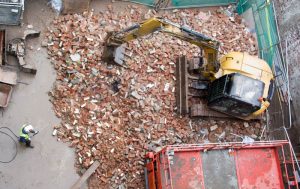 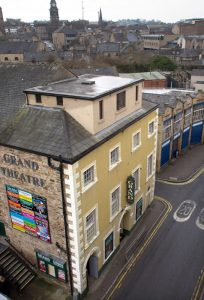 Anywhere in a city centre where I’m up quite high is a great opportunity to grab a few views out the window.

It’s always nice to see your home city from a new angle and Lancaster after all is a beautiful historic and very photogenic city. 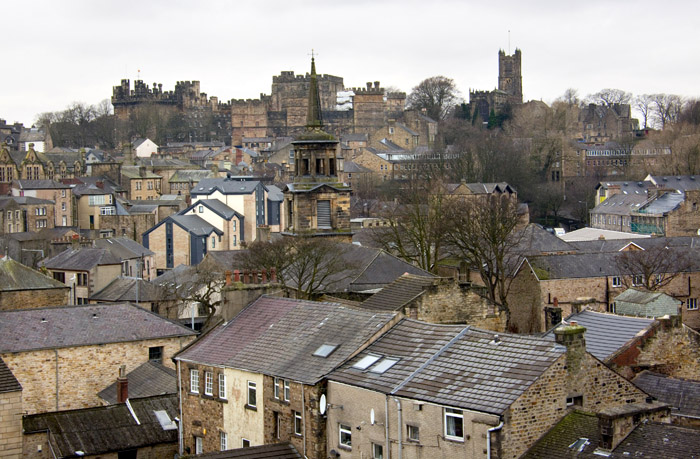 This pleasing view, from the top floor (I think) looks towards the Castle with historic Georgian St John’s Church in the middle.

Unfortunately, as so often happens, the weather had changed in a short period and the nice blue sky I had had when I started, had disappeared.

This was one of my most interesting commercial photography assignments recently and I shall be keeping an eye on how things change over the coming months on St Leanordsgate in Lancaster.  More Photographer’s Ramblings coming soon!…