I feel incredibly lucky to live just a short drive from the stunning English Lake District. Going there on a Bank Holiday weekend was a bit of a ‘gamble’ when you like peace and tranquillity, but I was pleasantly surprised by what Coniston Water had to offer. 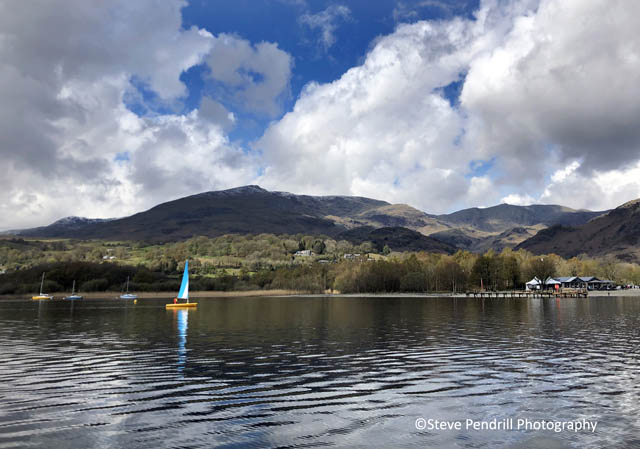 The best way to photograph the lake on a still day seemed to be on the water itself, so with several friends, we hired a motorboat from Coniston Boating Centre. This proved great fun and very rewarding. 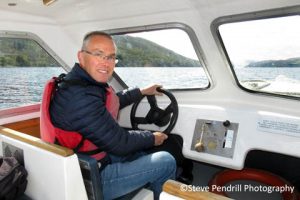 Me at the wheel!

Despite it being early May, there was still a dusting of snow on the surrounding mountains and a warm coat was the order of the day. 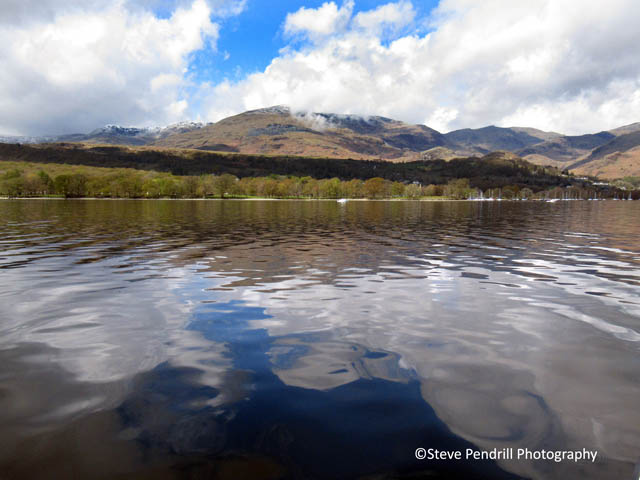 As the breeze dropped and the clouds broke up, The reflections on the lake were magnificent. I remember climbing the Old Man Of Coniston mountain many years ago, a peak clearly visible on the western shore.

My eye was also drawn to the eastern shore of the lake where the green colours of spring were almost glowing.

After an hour on the lake, we moved on to nearby Brantwood, former home of Victorian artist, writer and thinker John Ruskin with it’s beautiful rustic gardens. 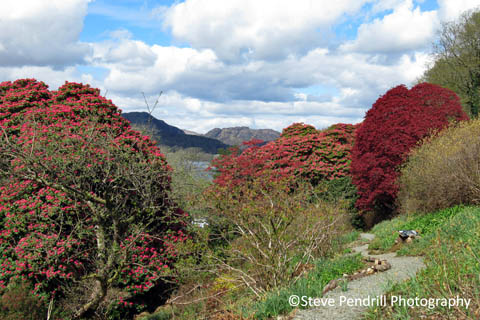 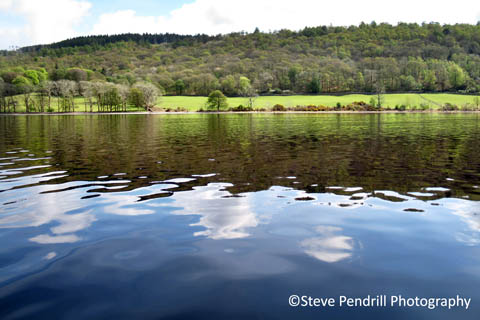 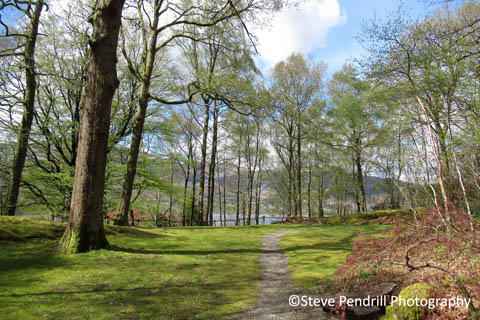 It is well worth taking time to explore the extensive gardens at Brantwood. You will find a hillside of winding paths and magnificent views over the lake. At 250 acres there is plenty to explore. It is a job to know where to point your camera first! 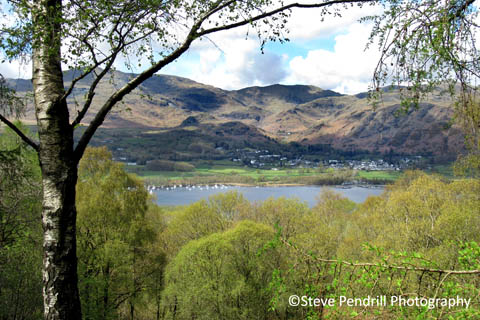 View from near Crag Head.

In no time at all you gain much height from the lake end eventually clear the trees at Crag Head, where there are beautiful views over Coniston village and the lake. 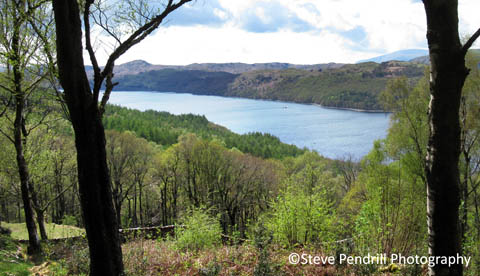 The southern end of Coniston Water. 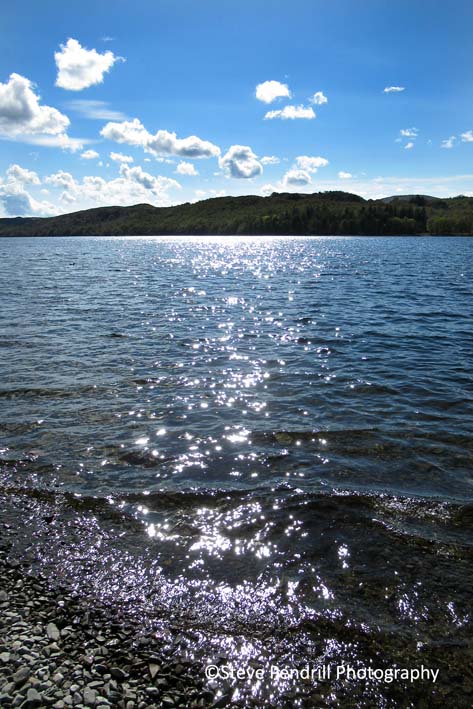 My journey home was down the narrow twisting road along the eastern bank of Coniston Water. It was a delightful drive. The road and shore were quiet. Thus it was easy to find a nice spot to pull over for a few photos. I thought this was a nice pic to end on from one such spot near the southern end of the lake.