With more time than I’m used to spent in the garden this summer, it was made considerably more interesting by the presence of a blackbird’s nest in the hedge. My garden seems to tick all the boxes and it was a delight to follow the progress of the nesting. I set myself a challenge to get some nice photos, all of course taken with sensitivity to not disturbing the process. 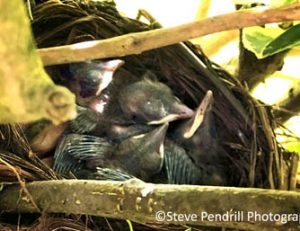 First shot of the baby birds.

My first shot isn’t great quality, as I was having to make do with my smartphone. I wanted something to record week one of the recently hatched clutch, after which I used my Nikon D750, the lens being quite a challenge to discretely poke through a dense hedge! Initially I counted four babies, but later revised that to five. Still more or less bald and blind, they were extremely vulnerable. 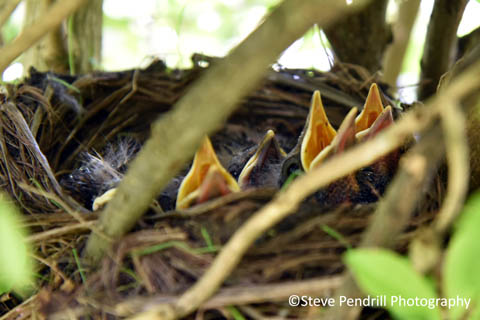 A week on and this was when I counted five hungry baby blackbirds waiting for the parents to return with food. First signs of feathers now appearing and bright yellow inside the beaks to ensure the parents get the message. Eyes now open, the birds seemed unaware of the camera and my presence. 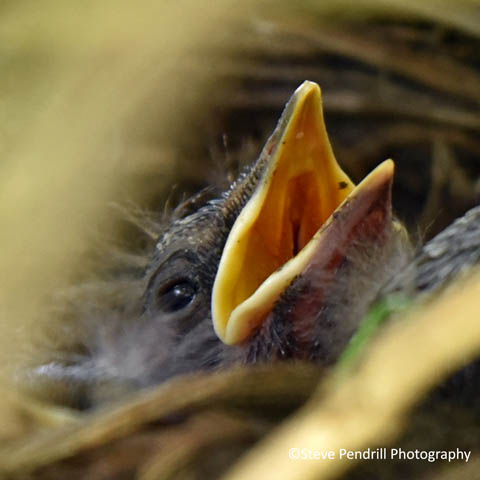 Cute close-up of one of the chicks. 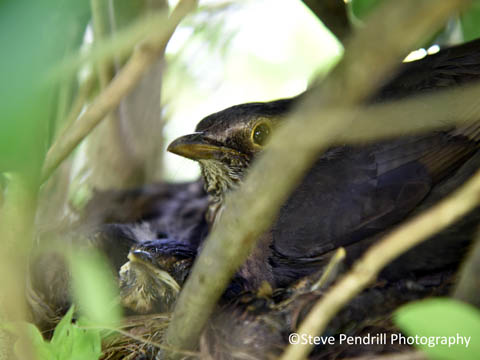 Mother bird on the nest.

Catching a photo of a parent bird on the nest was difficult, partly because they usually didn’t stop long and also because I didn’t want to spook them. Certainly not a lot of room for five babies and a parent in a small nest, especially with them growing so fast. With primarily brown rather than black feathers, this is the mother, who was the main provider in the first week, before the father bird took over and the mother contributed less. Either way, as I observed, with feeding visits every fifteen minutes or so, they were going flat out.

Let’s take a closer look at the parent birds…. The mother returns to the garden with a fully laden beak of food and pauses on the fence. 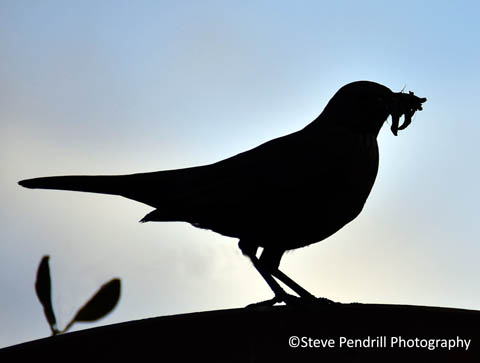 Silhouette of the male blackbird.

This was one of my favourite shots; the father arriving with food made a striking silhouette against the evening sky. 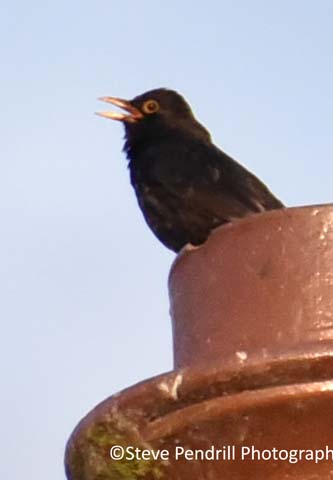 The father here (I think) was very vocal if, presumably, he sensed danger. He spent much time perched on surrounding chimney pots, where he had a great view of the surrounding gardens. I noted there was much communication between the parent birds and given that blackbirds are very territorial, it was almost certainly the same birds I was observing. 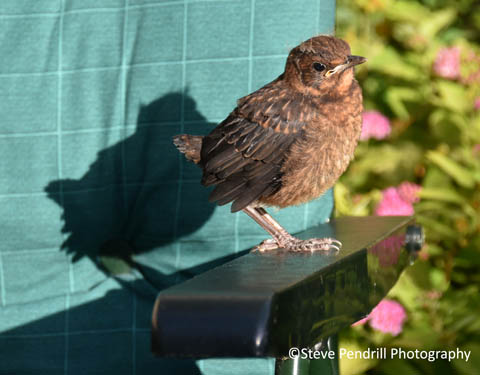 Out of the nest and exploring!

After a couple of weeks, the chicks were out of the nest and going their own way, whilst initially staying nearby and relying on parents for food. This was my super-cute shot of one of the young birds finding a handy perch on a deckchair arm. 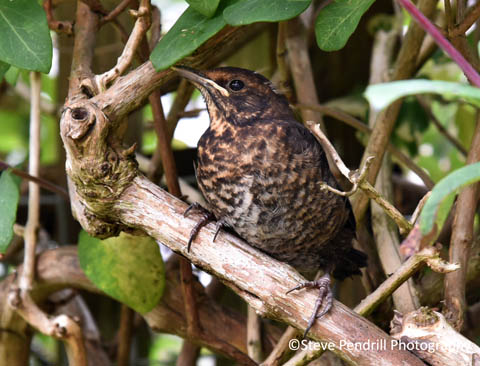 Venturing from the nest.

Another chick ventures cautiously from the nest. 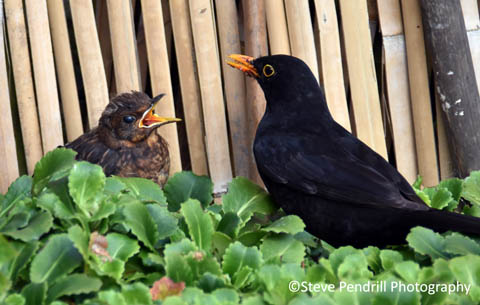 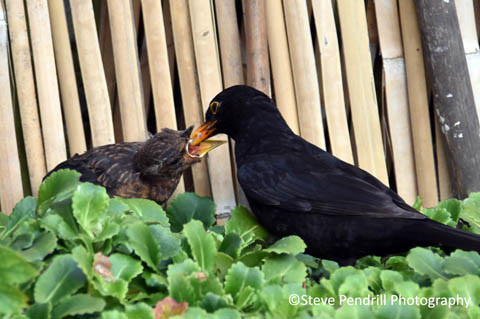 A bit of help from dad.

Photos of the chicks being fed was much easier when they were out of the nest, though you had to be quick and have a lot of luck. They weren’t exactly going to pose for you. Whilst the young birds were remarkably relaxed with a person getting quite close, they didn’t stay in the same place for long and within a very short time had disappeared altogether (hopefully not as a result of a cat).

I hope you have enjoyed my little project as much as I did with the photography. If you are stuck at home (and have a garden or nearby park), why not get out there with your camera,  set yourself a challenge, have fun and see what you can find? Stay safe!