The great thing about being out and about with your camera is that you never know what interesting things you will see. Glasson Dock is a lovely little village near Lancaster I visit quite regularly, most often at the end of walking the old railway footpath/cycle track from Lancaster, as featured in previous blogs or when calling at my favourite cafe, Cafe De Lune at Conder Green. 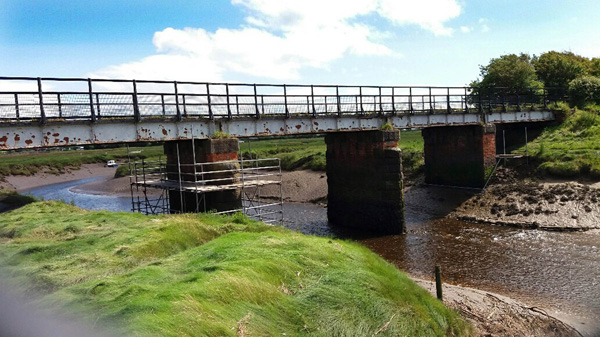 I was pleased to see renovation work about to start on the old railway bridge at Conder Green. I’m told that the bridge piers are being re-pointed before the top is repainted. It’s an interesting feature on this lovely walk along the side of the Lune estuary. 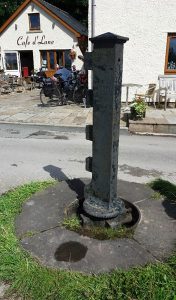 At one end of the bridge are a pair of substantial level crossing gate posts, still in situ long after the railway closed in 1964.Visible behind is the cafe I mention. 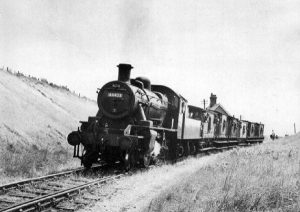 I found this old photo of I think, a 1950s railtour passing through the site of Conder Green station, which is now a car park, looking towards the level crossing and bridge. I’m not sure, but the top of the building is probably the crossing keepers cottage, which is now part of the cafe.

What an opportunity it would have been if this little railway had survived into the heritage railway era. Can you imagine, catching a steam train from Lancaster station for the picturesque five mile journey beside the river to Glasson Dock? And what of the tourist potential. 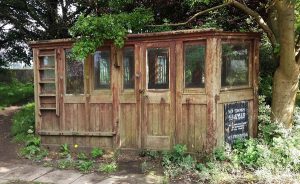 What really caught my eye though, was right at the very end of the railway walk behind the closed Victoria Inn. Perhaps nostalgic wishful thinking on my part, but could this be a very old railway carriage or tram car converted into a shed? It would be nice to think it had been abandoned in a siding after the railway closed. It put me in mind of something else I spotted a year or so back on the other side of the river; an abandoned tramcar in a field (below). 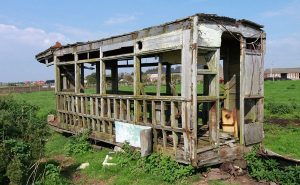 Another rotting relic of a bygone era.

That generated much interest and made a nice article in the Morecambe Visitor newspaper.

Always keep your eyes on the lookout for curios finds when you’re out walking and you never know what you may see, whether a masterpiece of a landscape photo, wildlife or a piece of history. There’s rich pickings out there for the observant.